“The Antarctic has been hiding a secret Amazon” The Antarctic has been hiding a secret Amazon 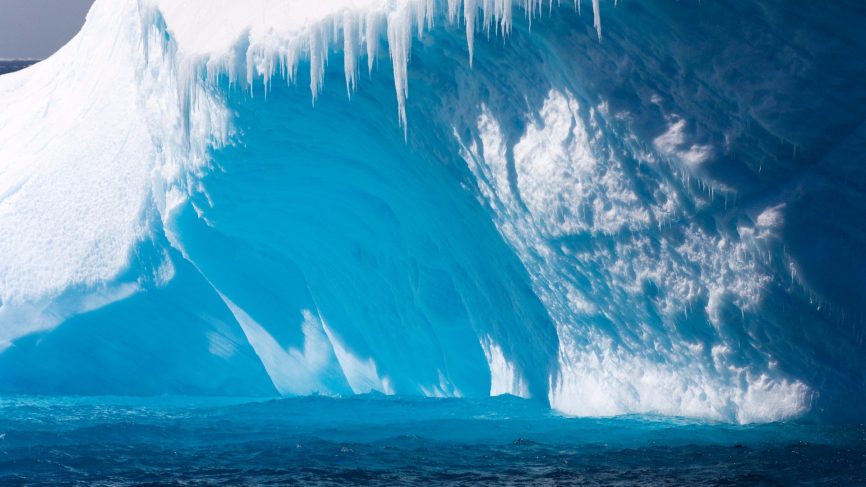 An iceberg in Antarctica.

As the media blames global warming for the Larsen C ice-shelf break-off, it seems we might well be missing a greater story that lies beneath—the loss of a micro Amazon in the Antarctic. According to a study published by the Nature journal, under Antarctica’s 4,000 metres of ice lie the remnants of an Amazonesque rainforest that teemed with life.

This rainforest is estimated to be 52 million years old, a time when temperatures in this area lingered around 21°C. “Antarctica’s first reported living habitat and chemotrophic ecosystem was discovered beneath the Larsen Ice Shelf,” says Dr Zachary Ladin, a research ecologist based at the University of Delaware, USA. “It is made up of intricate and delicate extremophiles—microscopic life forms that adapted to survive in extreme conditions. The study of their ecosystems helps us understand how life emerged on Earth. Now, we may never find undiscovered species, which, as they drift away, may not be able to readapt to warmer temperatures.” This disappearance may be accelerated by global warming and climate change.  Within my lifetime, our islands may become uninhabitable and we will be without a home.

Is global warming to blame?
Some leading researchers, such as Martin Siegert, professor of geosciences at Imperial College London and co-director of the Grantham Institute for Climate Change & Environment, believe that Larsen C’s split might not be a result of global warming. “There are many signs that climate change is happening in Antarctica. But this large iceberg is likely more of a natural and unusual–but not unexpected–phenomenon than a problem caused by climate change.”

But the ice melt is a cause for concern. Maria Carolina Fujihara, an advisor with Project Drawdown, which works on solutions to counter global warming, says, “Despite having all these workable solutions for the rest of the planet, the Arctic and Antarctic are the most fragile and undergoing fast, irreversible change. We need to act now to protect ourselves.”

With rising temperatures, as icebergs such as Larsen C and ice elsewhere melt, sea levels are rising. If Antarctica was to melt in its entirety, sea levels would rise by around 60 metres, disrupting life as we know it. And the effects are already to be seen in places such as the Republic of Kiribati, an island nation in the middle of the Pacific Ocean. “We have lost some of our islands underwater. Now, high tide threatens our freshwater supply to become contaminated by saltwater,” says Alfred Tonganibeia, a doctor native to the island. “Within my lifetime, our islands may become uninhabitable and we will be without a home.”

Fortunately, Antarctica remains protected by the Antarctic Treaty and is not threatened by factors such as natural-resource exploration. Signed in 1959, with over 50 countries in agreement, the treaty ensures Antarctica can be used only for peaceful purposes, with freedom of scientific investigation, where any scientific observations, data and results should be made freely available. The splitting of Larsen C then should only spur a race to study this Antarctic micro-ecosystem before it disappears altogether.