Have you got what it takes for a mission to Mars?

Fancy a break? How about somewhere remote, hot and really exotic? One in ten of us would take a one-way trip to Mars, a BBC survey* suggests.

The public were asked whether they’d like to go to the Red Planet, either on a one-way ticket or a two-and-a-half-year round trip. One in four said they’d be up for a return trip and 12% said they’d be happy to remain on Mars. FOREVER. 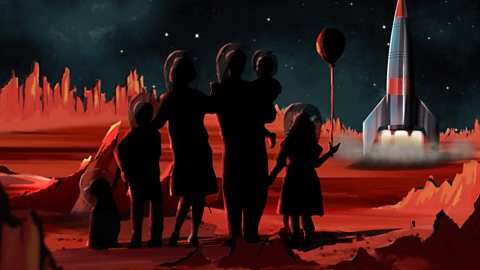 Men were more than twice as likely as women to say they’d be up for either option (although figures on how many spouses had volunteered their other halves for the one-way trip were unavailable). Young people (18-24) are more likely to want to go than any other group.

Would you go to Mars? Dr Kevin Fong and Claudia Hammond answer your questions in a Facebook Live event

Alex Kumar, expedition doctor, is desperate to go. “It’s something inside you,” he says. “There’s something else out there. There’s a mountain to climb, there’s a record to beat.”

Current estimates envisage the cost of a trip to the Red Planet being tens of millions of dollars. But Elon Musk, the internet entrepreneur, wants to make a Mars trip affordable with tickets on offer for less than $200,000 (which is what is classed as affordable if you have as much money as Elon Musk).

Before you start throwing things into a suitcase and cancelling the milk, there are a few things you should bear in mind. That’s one long car share – six of you in a small spacecraft. For nine months. Let’s hope nobody’s brought egg sandwiches.

Psychologists who specialise in space find it very difficult to predict how you’d react (to the journey, not the egg sandwiches), as we humans have never been that far from our home planet for that long. But as NASA astronaut Mike Barratt says, “You’re going to a new world, and if you are the first or among the first, you’re representing the human race. The excitement of the destination would sustain folks for quite a while.”

Simulations have proved tricky – one involving an international group of volunteers in isolated conditions for 140 days ended up with the Russians in a fist-fight and the Japanese being so distressed at this that they left after 60 days.

Assuming you don’t throttle your co-travellers, phoning home to tell your loved ones you got there safely could also prove frustrating as you’ll be on a 20-minute signal delay before you hear their response. But to be honest, if you have teenagers you won’t notice a difference.

You’ll also lose fitness, bone mass, muscle mass and there’ll be changes in your eyes due to the lack of moisture.

But first things first. What do you do when you arrive somewhere new? Put the kettle on. This is going to be challenging, as robots will have had to have begun extracting, pumping and purifying water from Mars sources several years before your arrival. Think of it like a welcome pack. There’ll probably be some home-made marmalade and a pint of milk too, if you’re lucky.

Like every traveller at the frontier of a new territory, you’d begin with nothing but a tiny little patch of habitation. Life initially would be similar to that in an Arctic research centre.

Obviously the temperature, cosmic radiation and lack of breathable air means you couldn’t go outside unprotected, which in turn would mean living underground. Scientists suggest you might use ice to form a roof, which would let natural light in. Gives you a whole new respect for the Clangers, doesn’t it?

A bit like camping, you’d be bringing some sort of structure with you to form living quarters. You’d fold it, pack it in your spacecraft and then deploy it when you landed. Obviously after a journey of nine months you’re not going to be insanely keen on getting the Allen keys out and attaching side A to wing nut F, but if you don’t you’ll be living like a caveman. 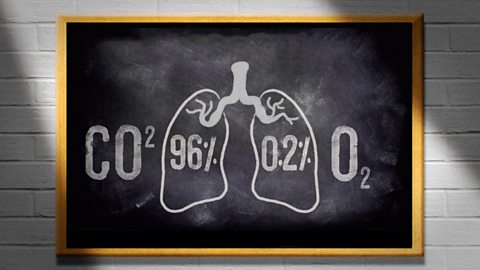 The atmosphere of Mars is mostly carbon dioxide

What does it take to go to Mars?

Claudia Hammond says people will have to be brave

Again, like all frontierspeople, you’ll be living off the land. There’s water, as we know, and you can combine the carbon dioxide in the atmosphere with hydrogen to get methane for fuel. You can also create ethylene and polyethylene to make plastics. If you combine that with 3D printers, in theory you can make whatever you need. You can also use Mars’s own metals and silicates to make tools or knock up a quick workbench for your Martian shed.

If you’re hoping your new Martian colony might be a utopia, think again. Yes, you’ll be creating a new culture and social mores, but future generations might be a problem as we don’t yet know how foetal development will be impacted by the effects of gravity on fluid in the body.

So if you have tens of million dollars and fancy spending the rest of your life in a pod with limited natural light, we could have the very thing for you. What are you waiting for? See you up there.