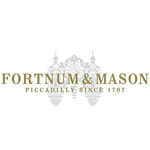 As you will see when you are browsing through Fortnum’s teas, different leaves require different treatment. Some need boiling water, some slightly cooler water, and all need to be infused for a different length of time. However, if we are talking about a traditional black tea, the process goes something like this:

If you are making tea in a cup with a tea infuser, the same rule applies – one spoon of tea, use water just off the boil and infuse for 3-5 minutes.

Milk or no milk?
Many teas taste delicious with milk, particularly stronger teas such as Assam, where the milk tempers the strong flavour. Generally, the lighter the tea, the less likely it is that it needs milk. Green, white and yellow teas as well as aromatic and floral teas should be drunk without milk, so that it does not spoil the delicate flavour. Very light teas such as Darjeeling can easily be overwhelmed by milk. If you are not used to drinking your tea ‘black’, do try it – you will be surprised by the difference.

How to keep your tea in perfect condition
Loose-leaf tea will keep very well in an airtight container for up to a year. Nevertheless, it is best to buy a small quantity and use it up quickly, rather than leave it at the back of the pantry from one year to the next.

Milk in first or last?
This thorny question has divided tea drinkers for quite some time. Putting the milk in last was considered to be the ‘correct’ thing to do in refined social circles, but the reason for this is often forgotten. In the early days of tea-drinking, poor-quality cups were inclined to crack when hot tea was poured into them, and putting the milk in first helped to prevent this. When finer and stronger materials came into use, this was no longer necessary – so putting the milk in last became a way of showing that one had the finest china on one’s table. Evelyn Waugh once recorded a friend using the phrase ‘rather milk in first’ to refer to a lower-class person, and the habit became a social divider that had little to do with the taste of the tea.

Having said that, there is a good reason for adding the milk last – if you are drinking an unfamiliar tea, it is easier to judge the correct amount of milk to add once you have seen the strength and colour of the tea. On the other hand, putting the milk in first means that the fat in the milk emulsifies in a different way when the tea is poured, which does change the flavour of the tea, giving it a more even, creamier flavour. It also cools the tea slightly to a more acceptable drinking temperature. So, now that the days when one’s social position was judged by this sort of thing are long gone, you may pour your tea however you choose.

THE ETIQUETTE OF TEA
Whenever the human race invents a new pleasure, it seems that pretty soon it also invents a set of rules to govern it. The drinking of tea is no exception, and it has been defined by all kinds of rules and practices over the centuries, which differ from nation to nation. We are keen to encourage tea drinkers to take their tea (and cake) however they choose, unconstrained by too many old-fashioned rules – for it is the taste of the tea that matters most. But for your interest, we have listed a few ‘rules’ of etiquette that have grown up around the taking of tea in Britain.

How to hold the cup
The usual way is to hold the handle between your thumb and fingers, rather than curling your fingers through the handle. Holding the little finger out is often thought to be the done thing, but in fact it’s not required.

Stirring a cup of tea
It is best to move the spoon gently back and forth from front to back, rather than round and round, and to avoid clinking the side of the cup.

Crust or no crust?
It is claimed that the Duchess of Bedford, one of the first people to popularise afternoon tea as a social occasion, had the crusts cut off her sandwiches. This is generally the rule with finger sandwiches, as they are intended to be small and dainty; crusts don’t look as nice and do make the sandwiches rather hard to eat.

When to take your tea
Afternoon tea is traditionally taken at four o’clock – a respectable distance from lunch, and not too close to dinner to spoil the appetite. This is why in the illustration of the Fortnum’s clock, the hands stand permanently at 4pm. At Fortnum’s, it is always time for tea.