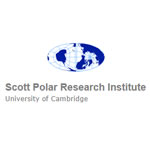 The Scott Polar Research Institute was founded in 1920, in Cambridge, as a memorial to Captain Robert Falcon Scott, RN, and his four companions, who died returning from the South Pole in 1912. When Scott’s last words, “For God’s sake look after our people” were made known to the British nation, the response was tremendous. Scott himself had emphasised the importance of science and from this plea, the Institute was born.

The Institute is the oldest international centre for Polar Research within a university. During the early years when it occupied one room in the Sedgwick Museum of Geology in Cambridge, the Institute’s aim was to provide a place where polar travellers and explorers could meet, and where material of polar interest might be collected and made accessible for future research.

In 1934 it moved to its own building in Lensfield Road, designed by Sir Herbert Baker, with funding from the Mansion House Fund and the Pilgrim Trust. During the 1930s it became a base for a number of valuable scientific expeditions to the Arctic and Antarctic. During World War II it served the Government as a centre for research into cold weather warfare, clothing and equipment. Since the War it developed further to become an international centre for research and reference in a variety of fields related to polar environments, historical, scientific and social. It is now a listed (protected) building.

In 1960, the Ford Foundation enabled the Institute to meet the challenge of an explosion in polar information and research following World War II. An extension containing offices, laboratories, cold rooms and a lecture theatre were added, as well as much needed space for the library and its staff.

It took three years to plan and build the Shackleton Memorial Library in honour of the contributions made to polar research by Sir Ernest Shackleton and his son, Lord Shackleton. A successful appeal allowed the Institute to embark on a major expansion of the library, archives (now “The Thomas H. Manning Polar Archives”) and map collection. It also provided a new Picture Library and new working spaces for postgraduate students and administrative staff. It was officially opened on 20 November 1998 by the Honourable Alexandra Shackleton, the daughter of Lord Shackleton. In 1999 it won one of four awards for the Eastern Region by the Royal Institute of British Architecture.

A number of other institutes concerned with polar issues have now grown up in Cambridge around the Institute, or are based in SPRI. These are: